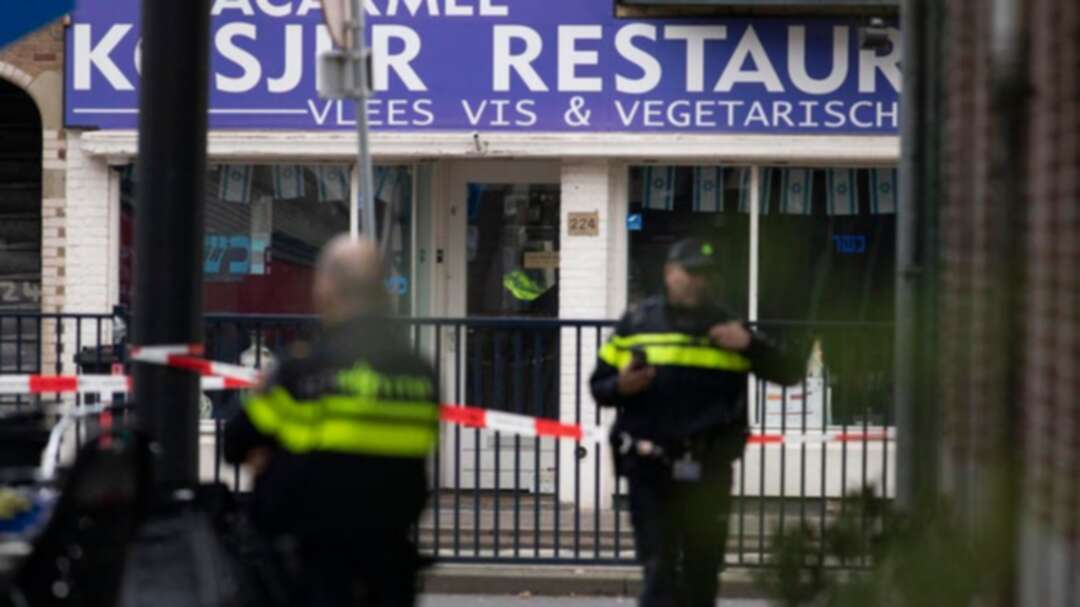 A suspect package, center bottom, is seen on the doorstep of Kosher restaurant HaCarmel as police enlarges the secured perimeter in Amsterdam, Netherlands, in January. (AP)

Suspected letter bombs went off in the mailroom of an office building in Amsterdam and at a post-sorting company in the Dutch city of Kerkrade early on Wednesday, police said.

No injuries were reported in either blast, police added.

Dutch police have been investigating a spate of letter bombs since January 3, which they said appeared to have been sent by the same person. Previous targets have included a hotel, a gas station, a garage, a real estate agent and a bill collection service.