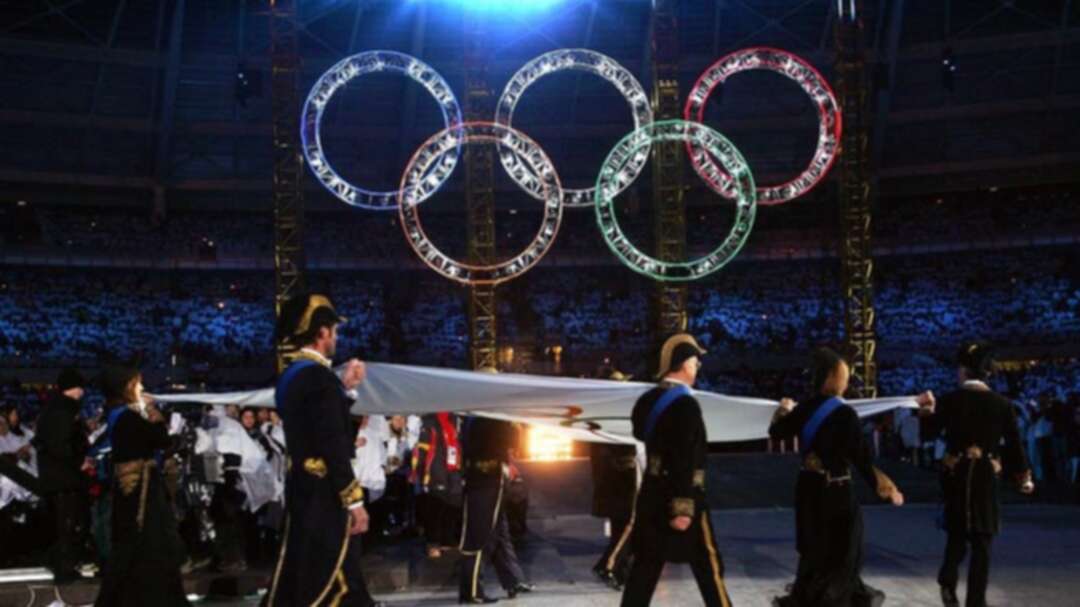 The Olympic flag carried by the Olympic rings during the closing ceremony of the 2006 Winter Olympics in Turin, 26 February 2006. (AFP)

Tokyo Governor Yuriko Koike said on Friday it was inappropriate for candidates in London’s mayoral election to propose their city host the 2020 Olympic Games if the coronavirus outbreak forces organizers to look for an alternative site.

Shaun Bailey, the Conservative candidate for mayor of the British capital, has said London would be ready to host the event if needed.

The International Olympic Committee has said the World Health Organization advised it that there was no case for contingency plans to cancel or relocate the Games from Tokyo.