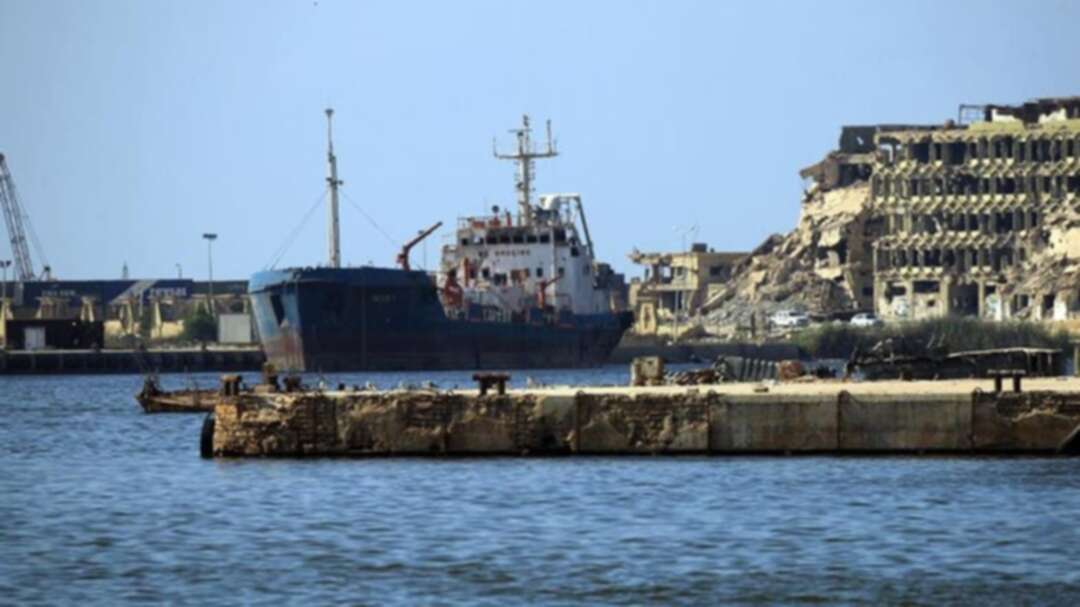 A view of a ship moored in the harbour of the eastern Libyan port city of Benghazi. (File photo AFP)

Italian authorities have arrested the captain of a Lebanese-flagged cargo ship which was seized in the port of Genoa on suspicion of trafficking arms to Libya, including tanks and artillery, the city’s chief prosecutor said on Friday.

Any deliveries of weapons to Libya would violate a United Nations embargo, although UN officials say the embargo has been subject to frequent violations.

The vessel, the Bana, was blocked by police in Genoa harbor on February 3.

It was then searched after a ship’s officer told Italian authorities that weapons had been loaded onto the ship at the Turkish port of Mersin then transported to the Libyan capital Tripoli, a judicial source said.

The ship was originally scheduled to sail from Turkey to Genoa. But according to the informant, who has requested political asylum, Turkish military officers escorting the shipment had told the crew to declare that the stop in Tripoli was due to mechanical problems.

The Bana then continued without cargo to Genoa to load cars in the Italian port, chief prosecutor Franco Cozzi said.

The ship’s captain, Youssef Tartiussi, a Lebanese national, was arrested on Wednesday on suspicion of trying to influence his crew’s testimony and concealing evidence, Cozzi said.

The Turkish government backs Fayez al-Sarraj, prime minister of Libya’s UN-recognized Government of National Accord (GNA), which has been fighting since last April for control of Tripoli against the Libyan National Army (LNA) led by eastern-based commander Khalifa Haftar.

Italian authorities are analyzing the ship’s navigation equipment and mobile phones of crew members to verify the route followed by the Bana, whose transponders were turned off after it left the Turkish port, Cozzi said.

He said that even though the alleged trafficking had not taken place in Italian waters, it was still necessary to investigate because if it had occurred, any arms deliveries would violate the UN embargo.

Coronavirus: Iran reports one death among 10 new cases Number of US troops wounded in Iran attack now at 110: Pentagon