How serious is the West about banning the "Muslim Brotherhood"? 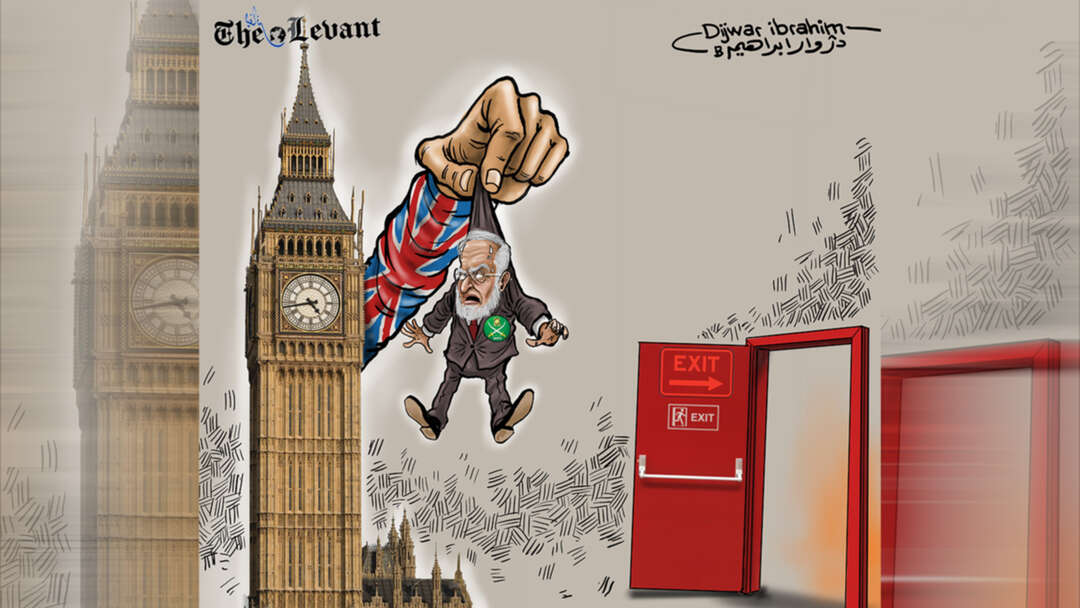 Paisley added: “The Saudi foreign minister was here last week, and he told the lawmakers that his country banned this group because it transformed their beliefs into a tool to stir up hatred.” He continued: “The Saudi minister expressed his surprise that the UK had not yet taken similar measures to ban the Brotherhood.” This is what MP Julian Lewis said, “This confirms and again raises my doubts that the special report on the Brotherhood’s activities in our country, commissioned by David Cameron when he was prime minister, has not yet been announced. Why?"

Paisley answered him, "Thank you for raising this point .. This is an organization that exploits and violates beliefs to attack Christians and others ... This is frightening and wrong." He continued: "It is necessary that the full facts about the Brotherhood in our country be revealed and exposed," while Representative Bob Stewart participated in The debate, he said, "When I visited Egypt in 2011, I met members of the Muslim Brotherhood at their headquarters, and they told me at the time that they do not have political intentions and do not want to rule the country .. but now they are considered a direct cause of what Christians are exposed to .. I totally agree with what you have said about this group. "

Representative Paisley noted: “Indeed, the model promoted by the Brotherhood last year encouraged incitement to hatred against Christians and Muslims who joined the British army and identified them as people to be targeted and killed.”

How serious is the West about banning the "Muslim Brotherhood"?

The call is not the first

The conversation in the British House of Commons comes to complement what US Secretary of State Mike Pompeo said on January 14, when he said that he was one of 8 lawmakers who presented a bill in Congress, calling on the former US administration (the Obama administration) to include the Muslim Brotherhood On the terrorism list.

In response to a question about whether the US administration intends to take this step at the present time, he added, during a dialogue session at the Hoover Institution at Stanford University, that the current administration (the administration of President Donald Trump) is still looking into this and evaluating the step, to ensure that this is done "correctly."

"It is more sensitive in my assessment compared to what I saw as the Kansas representative in Congress," he said, explaining that looking at the matter from within the administration differs from looking at it from the outside, which was endorsed by former Secretary of State Condoleezza Rice, who was conducting the dialogue session, Following: “We are still trying to figure out how to achieve this. There are elements within the Muslim Brotherhood that are undoubtedly terrorists, and they are listed on the terrorism list… We are trying to ensure that we are inserting correctly, that we define the issue correctly, and ensure the legal basis for that.”

Completing "listing as a terrorist organization" may seem like a simple decision. Still, it needs a lot of work to ensure that there is a legal basis for that, and to ensure that the correct data exists before the listing process, stressing that these things must be available before you include an individual or group on the terrorism list Pointing out that it is a profound and substantial work and "must be done in a correct way," adding: "We are trying to finish this process (including the Brotherhood as a terrorist organization) .. I don't know when it will end ... I know that there is a real danger from the Brotherhood Muslims in many countries in the Middle East. Pompeo concluded: “ We ​​must do our part We hope our European friends will join us. ”

The classification of the Brotherhood requires long procedures

Observers believe that the inclusion of the Brotherhood on the list of American or British terrorism or in other European countries will contribute to the collapse of the organization’s pillars, will limit its presence in the world, and will encourage other countries to take similar decisions that restrict the group and dry up their sources of financing.

In this context, Al-Ain news website indicated in a report on January 18, quoting Islamic thinker Tharwat Al-Kharbawi as saying that the American decision will have significant repercussions on the organization's situation, especially in light of its falling leaves in Tunisia with the failure of the "Renaissance" movement, in addition to the parliamentary pressure to withdraw confidence from its president Rashid Ghannouchi, as well as the tension experienced by the Turkish regime in Turkey, which makes Washington's decision a severe blow to the organization, noting that the US administration's decision will encourage other countries to take similar measures, which will result in a stranglehold on Terrorist organization Because it would make the presence of the group's entities illegal in those countries, which would significantly affect the group's finances.

While the researcher in the terrorist groups, Amr Farouk, considered that the decision to rank the Brotherhood on the lists of terrorism requires lengthy procedures, especially since there are several official bodies that have to prove the Brotherhood's involvement in supporting and financing terrorism such as the Treasury, the National Security Council, the Ministry of Defence and the White House.

In turn, the National Interest Magazine, in a report on January 23, warned the American administration of the danger of the Qatari-Turkish alliance on the interests of the United States in the Middle East, noting that the close relationship between the two countries and their movements to form an extremist and supportive axis for terrorist entities and armed organizations require an Urgent American intervention.

The magazine said that Turkey and Qatar have become "brothers" in pursuing joint ventures in illicit financing and strengthening extremist ideas. Hence, Washington needs to work to find multifaceted response methods to force Ankara and Doha to stop these actions.

The National Interest added in the report, prepared by Aykan Erdemir, a former Turkish parliamentarian, and the first director of the Turkey program at the Foundation for the Defence of Democracies, and Farsha Kudovayor, researcher at the center, that the Qatari-Turkish moves contributed to the spread of sectarian violence in the Middle East, other than the spread of terrorism and a large state of anarchy, explaining This alliance is matched by a counter bloc from both Saudi Arabia and the UAE.

The National Interest reported that the denominator that unites Qatar and Turkey is their support for the ideology of the Brotherhood. The Justice and Development Party led by Turkish President Recep Tayyip Erdogan has a long history of close relations with the Brotherhood, while Qatar is one of the major financiers of the international organization of the terrorist group and the sponsors of its extremist activities.

The report continued that although Turkey and Qatar are formal allies of the United States and are already hosting American bases, the reality confirms that they are working side by side to promote a destabilizing extremist agenda throughout the Middle East. The report cited the recent Turkish operation of Turkey in northern Syria October 2019, explaining that Qatar was one of the few actors besides Pakistan that supported the treacherous campaign despite the continuous international condemnation of that aggression, as well as when the Arab Quartet countries boycotted the Emirate of Qatar, Turkey was the first to support the Qatari regime with shipments containing food commodities and Other visible support.

Despite what is being proposed from time to time, whether in Britain, the United States of America or European countries, what can be read is the absence of seriousness in those countries, as it does not have real fears from the group as long as its activity is limited to controlling government within the countries in which they are present. Although the events in Syria, Libya, and Egypt proved the group's involvement in supporting Turkish attacks, whether military, political and media, against the countries of origin, to the degree that many of them are ready to give up their national affiliations, in exchange for obtaining Turkish citizenship and serving the expansionary interests of Ankara in the region.

‘Journalism is not a crime’: Australian MP says charges against Assange must be dropped after visiting him in UK prison Qatar’s BeIN Media head al-Khelaifi charged with violating broadcasting rights