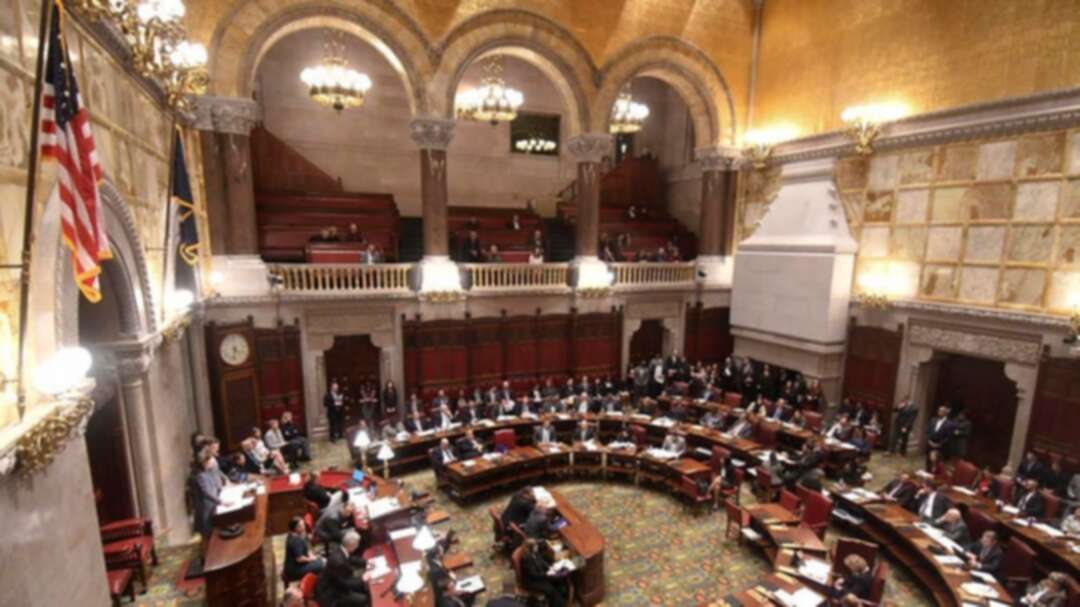 The US Senate voted early on Wednesday to approve rules governing the impeachment trial of President Donald Trump, including delaying a debate over whether to call witnesses until the middle of the trial.

With Republicans banding together, the Senate voted 53-47 to adopt the trial plan, which allows opening arguments from House lawmakers prosecuting the case to begin later on Wednesday.

As the third presidential impeachment trial in US history began in earnest, Trump’s chief legal defender argued the Democratic case was a baseless effort to overturn the 2016 election but a top Democratic lawmaker said there was “overwhelming” evidence of wrongdoing.

Trump was impeached last month by the House of Representatives on charges of abuse of power and obstruction of Congress for pressuring Ukraine to investigate former Democratic Vice President Joe Biden, a political rival, and impeding the inquiry into the matter. The president denies any wrongdoing.

After US Chief Justice John Roberts convened the proceedings, the two sides began more than 12 hours of squabbling that lasted into Wednesday morning over Senate Majority Leader Mitch McConnell’s proposed rules for the trial.

Under McConnell’s hastily revised set of procedures for the trial, there will be 48 hours of opening arguments - 24 hours for each side - over six days, easing off an earlier plan to keep them to two days each. It also allows the House’s record of the probe to be admitted as evidence.

The arguments will begin when the trial resumes at 1 pm (1800 GMT) on Wednesday.

Republican senators have not ruled out the possibility of further testimony and evidence at some point after opening arguments and 16 hours of senators’ questions, but they held firm with Trump’s lawyers to block Tuesday’s Democratic requests for witnesses and evidence - a potentially good sign for the White House.

White House counsel Pat Cipollone, who is leading Trump’s defense, attacked the foundation of the charges against the Republican president and said Democrats had not come close to meeting the US Constitution’s standard for impeachment.

“The only conclusion will be that the president has done absolutely nothing wrong,” Cipollone said, arguing in favor of McConnell’s proposal to wait until later in the trial to decide whether to allow further witnesses or documents.

“There is absolutely no case,” he said.

After a particularly heated exchange over whether Bolton should testify, Roberts admonished both parties to remember they were addressing the world’s greatest deliberative body. “I do think those addressing the Senate should remember where they are,” he said.