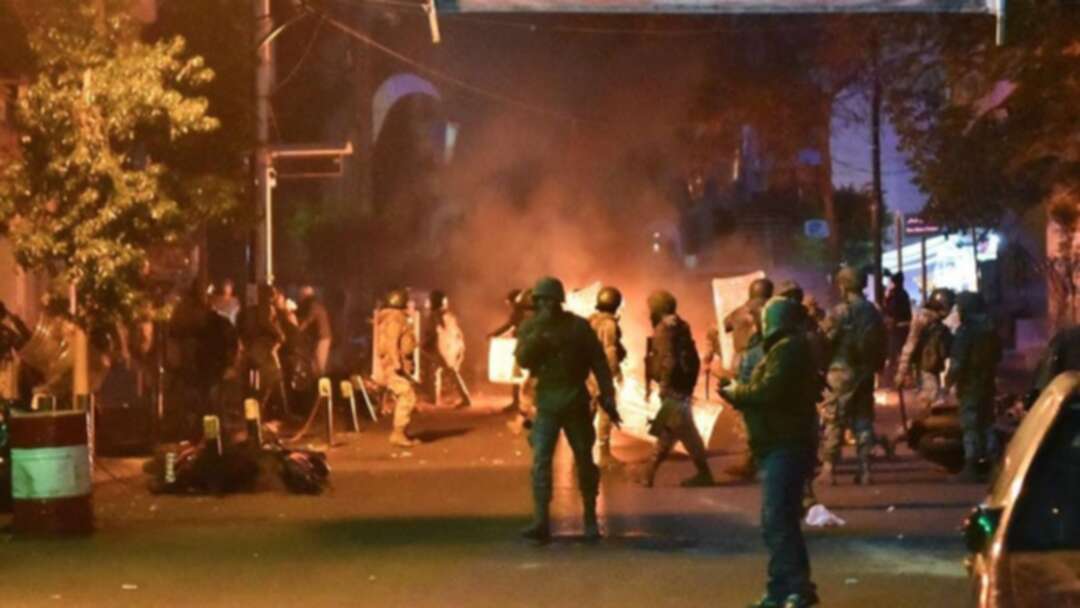 Lebanese soldiers and security clash with supporters of outgoing prime minister Saad Hariri during a protest in the Corniche al-Mazraa neighborhood in the capital Beirut, on December 20, 2019. (AFP)

On Friday night, the Lebanese army used tear gas to disperse hundreds of supporters of the outgoing Prime Minister, Saad Hariri, protesting the assignment of the new Prime Minister, Hassan Diab, who is supported by Hezbollah.

The clashes between the army and the demonstrators took place in the Corniche of Mazraa, in the Beirut.

Scuffles on the major avenue in Beirut intensified after Sunnis who support Hariri closed it to protest Diab’s nomination. When the army worked on opening the road in Beirut’s western Mazraa neighborhood, the protesters hurled stones and firecrackers at troops and riot policemen, injuring at least seven soldiers, the Lebanese army said.

The scuffles had begun on Friday morning when protesters first closed the avenue in Mazraa where Hariri enjoys wide support. Hours after the avenue was reopened, protesters closed it again leading to the intense scuffles that lasted until shortly before midnight.

The protesters had earlier blocked the main highway linking Beirut with southern Lebanon with burning tires, causing a miles-long traffic jam. The army opened the road briefly in the town of Naameh before protesters closed it again with flaming tires.

The road closures in Beirut and Naameh were carried out by protesters angered by what they said was Hezbollah and its allies deciding who takes the country’s top Sunni post. Hezbollah has backed Hariri for prime minister from the start, but they differed over the shape of the new government.

“I ask (protesters) to give us a chance to form an exceptional government” that can work on resolving the country’s many problems, accumulated over the past 30 years, Diab said.

It was not immediately clear if the riots that broke out in Beirut will affect Diab’s consultations with members of parliament scheduled for Saturday in preparation for the formation of the Cabinet.

Diab faces huge challenges in trying to form a consensual government that would also satisfy protesters. Demonstrators have been on the streets since mid-October, seeking to sweep away an entire political class they deem as corrupt.