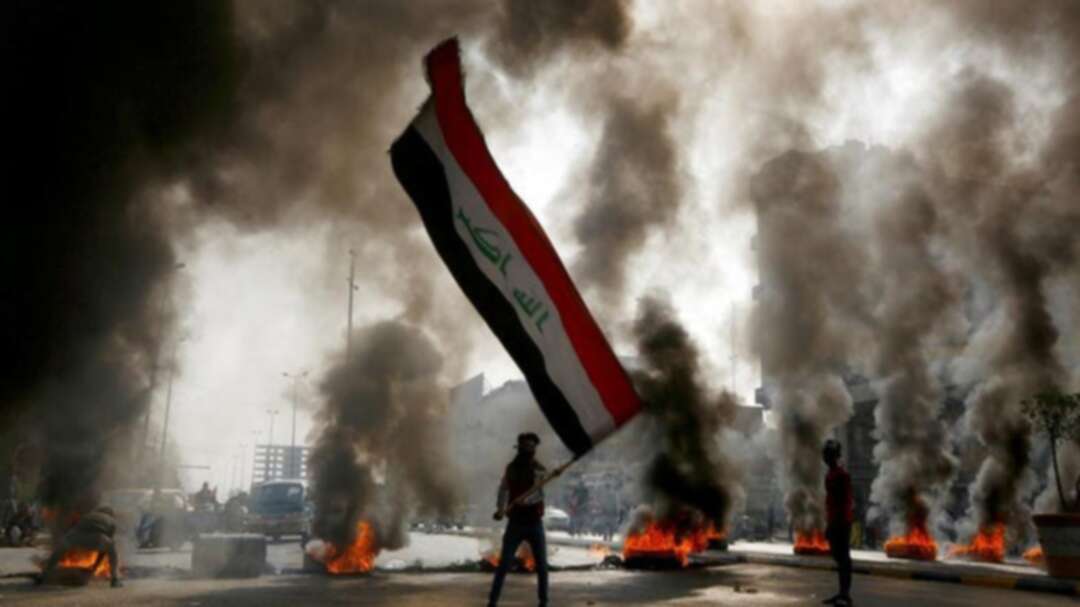 A protester holds an Iraqi flag amid a cloud of smoke from burning tires during ongoing anti-government protests in Najaf, Iraq November 26, 2019. (File photo)

Iraq's politicians gathered in Baghdad on Tuesday to discuss a way out of two months of protests that brought down the previous government, as violence hit the two Shiite shrine cities of Najaf and Karbala.

In Najaf, the seat of Iraq's Shia religious leadership, anti-government demonstrators gathered late into the night around the tomb of a cleric who founded a Shia party, an AFP correspondent reported.

Armed men in civilian clothes who were guarding the tomb were seen firing shotguns and tear gas at protesters, but medics could not provide an immediate casualty toll.

It is part of a larger complex that has been surrounded for days by demonstrators denouncing the rule of an entrenched political elite.

Najaf has been a flashpoint since protesters torched the Iranian consulate in the city last Wednesday, accusing Iraq's eastern neighbor of propping up a corrupt government in Baghdad.

Around two dozen protesters have died since, and the governor has called on the central government to put an end to the violence.

Influential tribal dignitaries have also tried to mediate and on Tuesday they called on populist cleric Moqtada Sadr and his Saraya al-Salam (Peace Brigades) to intervene, according to a statement by Sadr's office.

He has yet to respond.

Sadr was a key sponsor of outgoing Prime Minister Adil Abdul Mahdi after having won the lion's share of seats in parliament in a May 2018 general election.

But he backed the protests early on and instructed his fighters to “protect” demonstrators from security forces.

In the city of Karbala, renewed street clashes between protesters and security forces raged late into the night, an AFP correspondent reported.

Protests also continued in other parts of the south against the central government and Iran, whose point man for Iraqi affairs Qassem Soleimani is in Iraq for talks.

Political factions were meeting on Tuesday to find a replacement for Abdul Mahdi and to hash out a new electoral law to oversee a snap general election.

The protesters, who have thronged the streets since early October, say they want more than just a premier and new elections.

They have also called for a new constitution and the abolition of the parties that have dominated Iraqi politics for more than a decade.