Since the outbreak of the conflict in Syria in 2011, Turkish intelligence has been successful in establishing the so-called former al-Nusra Front organization affiliated with al-Qaeda, which later became the “Headquarters for the Liberation of Al-Sham” to be the protector of Turkish and Qatari interests in Syria and the region.

Had it not been for the logistic support provided by the Turkish intelligence services and Qatari funding, through various means and aid organizations, al-Nusra Front would not have been able to lead the armed militias in Syria and bring them under their control, especially in the city of Idlib and Idlib’s rural areas.

Investigations from inside Syria revealed the complicity of Turkish intelligence through the deployment of former Turkish officers who were involved in various crimes. They were put in charge of training terrorists and sending them to join ISIS and Al-Nusra organizations in Syria. 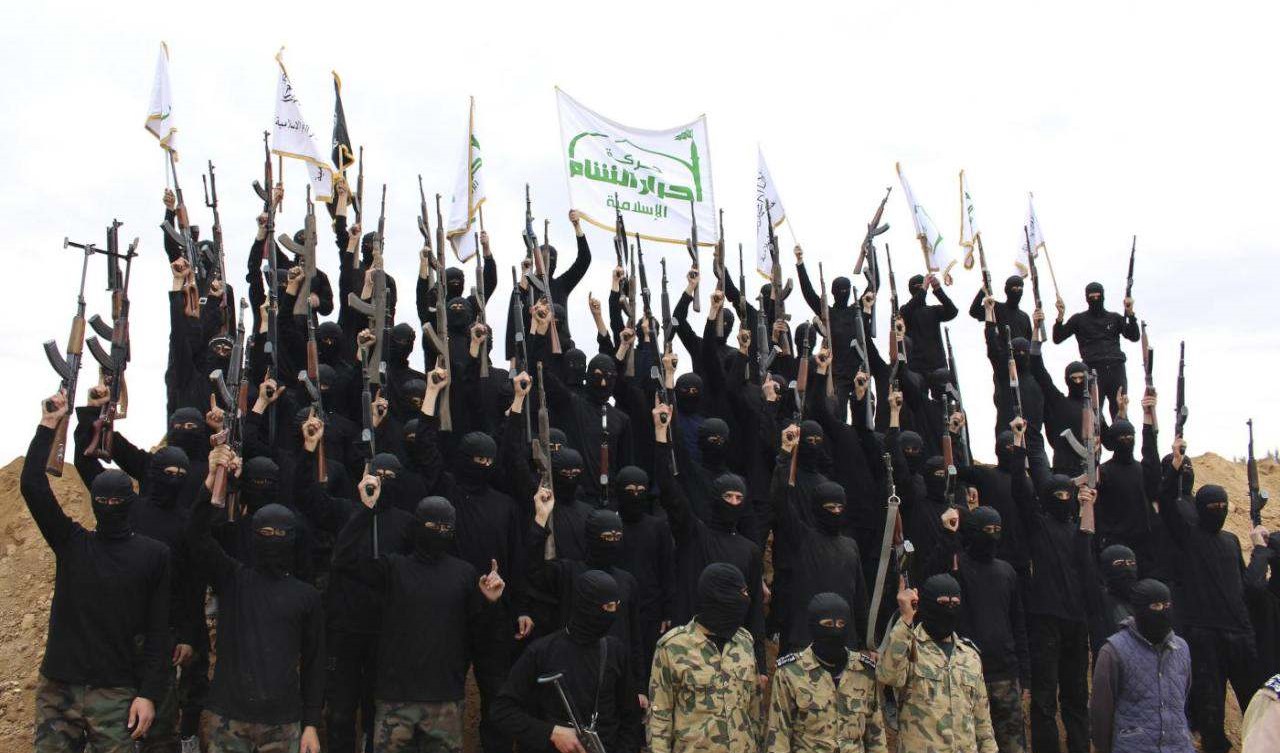 The confessions of Turkish intelligence agents (Erhan Pakcetten and Aiden Konel) revealed Turkey’s support for al-Nusra front and ISIS, by providing ammunition , weapons and logistic support to carry out military and suicide operations against its opponents in Syria and the Middle East and Europe.

This information is confirmed by Erdogan’s threats to Europe to open Turkey’s gateway for foreign fighters to travel European countries in October 2019.

In an exclusive interview with Sky News Arabia on December 18, 2019, the commander of the Syrian Democratic Forces, Mazloum Abdi, stated that the Turkish government seeks to occupy Syrian lands, highlighting that Turkey’s primary goal in entering the Syrian territories is to carry out ethnic cleansing against the Kurds and forcibly displace them.

He explained that Turkey is working to support ISIS, provide logistical support, and open its borders to join ISIS and other extremist organizations.

Qatar has worked to ensure the survival of the Headquarters of the Liberation of Al-Sham (formerly Al-Nusra Front), led by Abu Muhammad al-Julani, on Syrian soil which used to serve its interests and policy in the region.

a report published by Reuters in 2016 that included leaks about a secret meeting that brought together the Emir of Qatar and al-Julani, where Prince Tamim ordered al-Qaeda leader in Syria to hold up during the battle of Aleppo, offering to support the organization with $ 50 billion.

Confidential documents published by the Turkish newspaper “Cumhuriyet” in early 2014 revealed the movement of trucks loaded with arms and ammunition dispatched by the Turkish intelligence which were destined for Syrian “jihadis ”. The newspaper published pictures and a video footage of what it confirmed to be arms convoys sent to the Syrian Islamic armed opposition, which supports the allegations that have always been denied by Ankara.

The newspaper “Cumhuriyet” published photos of mortars hidden under drugs on trucks officially leased to a humanitarian organization, which was intercepted by a Turkish gendarmerie near the Syrian border in January 2014.

In a conversation between The European Centre for Counterterrorism and Intelligence Studies and a group of activists and researchers from northern Syria, the group confirmed that more than 1500 members from Al-Nusra whose had been transformed in appearance and had undergone training in Turkey in Adana and Urfa camps, were present on the fronts.

An investigation carried out by the Syrian researcher and activist inside Syria, Hasaka, Lamar Arkandi, which was taken up the European Centre for Counterterrorism and Intelligence Studies on its website on December 10, 2019, revealed several videos and pictures of battles published by “jihadist” factions including the “Nusra Front” on their accounts on Twitter On the fronts of Tal Tamr, Tal Abyad, Ras Al-Ain, and Ain Issa.

The documents were presented to one of The European Centre for Counterterrorism and Intelligence Studies’ experts, Major General A.M.S, who confirmed that it was the American TOW armour-piercing missile with a range of 4 km owned by Ankara, which Turkey provided them with during the “Spring of Peace” operation and during the occupation of the Kurdish city of “Afrin” as a result of operation “Olive Branch” and the “Euphrates Shield”, in addition to the faction militants and their leaders carrying American-made guns. (M16) (M4).

The expert did not exclude the provision of these weapons to the factions under the banner of the National Army, including “Ahrar al-Sharqiya, Al-Sham Front, the Hamzah Division, and the Sultan Murad Brigade”.

In May 2019, Reuters International quoted Syrian opposition officials and militant sources as saying that Ankara provided a group of opposition fighters with new and high precision weapons to counter an attack by Russian-backed government forces.

According to Reuters, a Syrian opposition official revealed that Turkey had given them dozens of armoured vehicles, grad missile launchers, anti-tank guided missiles, and TOW missiles, which contributed to the annexation of land under the control of the Syrian army, including the strategic town of Kafr Nabouda.

In April 2018, Elizabeth Zegfield, a Dutch lawyer, asked Qatar to compensate the victims of Al-Nusra Front activities in Syria, stressing that Doha is responsible for the damage caused to her clients by the victims of the terrorist organization that it funds.

The lawyer addressed a letter to the Emir of Qatar, “Tamim bin Hamad,” saying that his country is responsible for the damage caused to her clients by Al-Nusra Front, noting that the terrorist organization would not have been able to rise and commit terrorist acts had it not been for the Qatari funding.

A Dutch report in October 2017 revealed that three sums of money totalling € 257,000 were spent on logistic support, the purchase of advanced mobile phones and laptops for extremists, and travel expenses, including travel expenses for people who travelled from the Netherlands to Turkey then crossed to Syrian territory.

Also, in September 2017, the head of the Belgian Parliamentary Committee for Countering Terrorism, Koen Metsu, warned that the fight against financing extremist groups in Europe would not be complete without discussing Qatari funds.

Turkey and Qatar, followed by Iran are responsible for the chaos in various countries within the region, and the attempts to destabilize security in the Middle East and Europe. They constitute a triangle of “extremism and terrorism” that threatens regional and international security.

Without a doubt, the presence and survival of the Headquarters for the Liberation of Al-Sham (formerly Al-Nusra Front) cannot continue without Qatari funding, which has varied from humanitarian aid and relief organizations to exchanging hostages and direct financing.

The intelligence effort provided by Turkish intelligence, MIT, is another factor in the survival of this organization, including the geography of the borders, which secured ease of transport and speed of movement in the areas controlled by the Turkish forces or the factions loyal to them.

The Kurdish forces “SDF,” and other Kurdish groups, including the “Popular Defense Forces” (HPG), also revealed the capture of several Turkish intelligence agents, during the military operations, and documented their confessions.

Finally, the website “Nordic Monitor” revealed in mid-December 2019 the involvement of “Turkey and Qatar in providing support to the Syrian al-Qaeda group: Al-Nusra Front was not the first leak. Western press previously revealed a series of leaks about Qatar’s involvement in sponsoring and financing terrorism alongside Turkey and the Muslim Brotherhood, including the report of the American New York Times on July 22, 2019, supplemented by publishing a leaked audio recording of security man Khalifa Kayed Al-Muhannadi, who is close to the Emir of Qatar, Tamim bin Hamad. This report comes in a series of leaks confirming the involvement of Turkey and Qatar in supporting terrorist groups