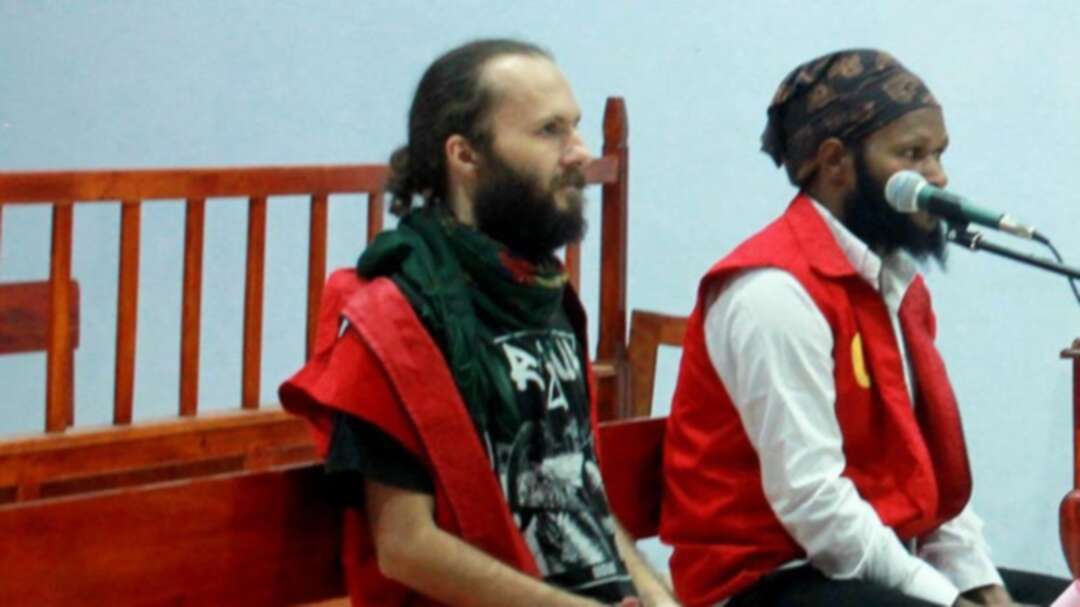 Skrzypski (L) from Poland sits in a court with another prisoner in Wamena on December 17, 2018. (File photo AFP)

Indonesia’s supreme court has increased the jail term for a Polish man convicted of treason over links to insurgents in restive Papua, raising the sentence to seven years from five, his lawyer said Wednesday.

Jakub Fabian Skrzypski was arrested in August last year, accused of making contact with outlawed insurgents in the country’s easternmost territory and plotting to overthrow the Indonesia government.

Skrzypski appealed against his sentence. But the Supreme Court this week rejected that bid and increased the original sentence - a not uncommon practice in the Indonesian justice system.

The ruling overturned an earlier court decision that affirmed the five-year jail term, which was lighter than the 10 years originally demanded by prosecutors.

Skrzypski’s lawyer, Latifah Anum Siregar, said the latest ruling was “too heavy,” adding she was discussing the next steps with Skrzypski, including the possibility of challenging the verdict through a case-review mechanism.

But that route would require finding evidence of legal errors made by the court.

“Skrzypski has rejected the accusations from the beginning,” Siregar said.

The European Parliament has described Skrzypski as a political prisoner and called for his transfer back to Poland.

Jakarta is deeply sensitive about Papua, where a low-level insurgency against the central government has simmered for years and routinely blames separatists for violence in the region.

Prosecutors said Skrzypski had met with leaders of the Free Papua Organization (OPM) and was found with documents and video detailing the Papuan struggle for independence.

One of Indonesia’s poorest regions, Papua has seen several spasms of violence in recent months, including deadly unrest partly linked to a fresh push for independence.