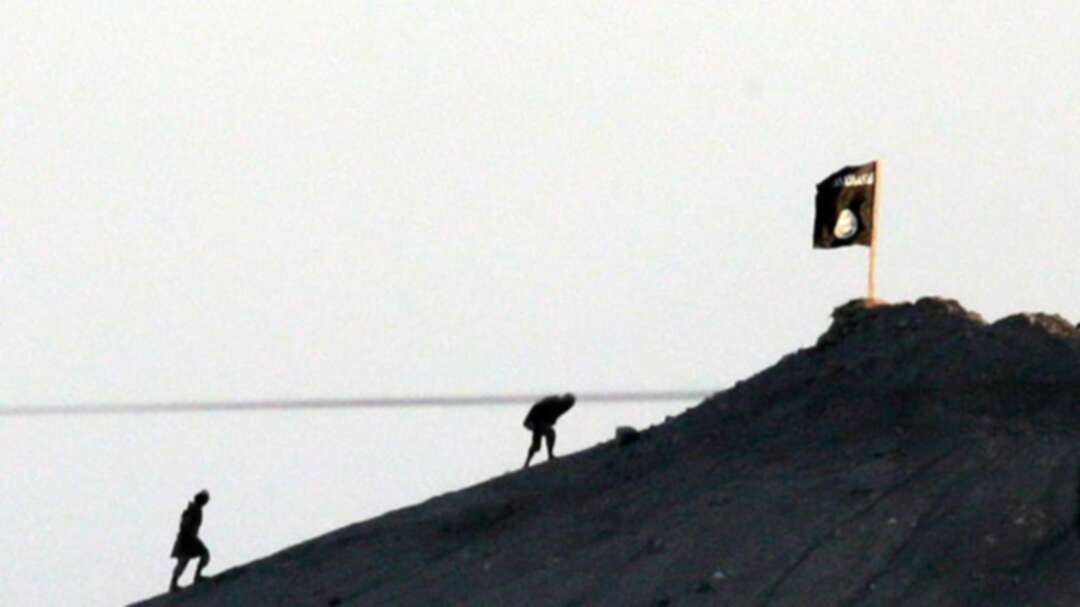 ISIS militants climb up a hill towards an ISIS flag. (File photo AP)

A group of 25 Bosnians including suspected ISIS militants, women and children was repatriated from camps in Syria to Sarajevo on Thursday, authorities said.

Seven men among the group were detained upon arrival and are accused of fighting “on the side of terrorist organizations in Syria and Iraq,” the security ministry said in a statement.

Six women and 12 children on the flight were taken to a reception center for medical examination, the ministry added.

Prosecutors said in a statement that the men are under investigation for terrorism charges.

Earlier this month Bosnia’s security minister Dragan Mektic said authorities were preparing to return a group of around two dozen people from camps in Syria.

Hundreds of foreign men, and related women and children, with suspected extremist links are currently being held in Kurdish-run prison camps in Syria’s northeast.

Since the fall in March of the “caliphate” proclaimed by ISIS in 2014, Western countries have faced the complex task of returning their nationals – and relatives – who joined the fighting there.

Some 300 Bosnians went to Syria and Iraq between 2012 and 2016, according to official data. A quarter of them were children.

Some 100 adults died there, while 49 have previously returned to the country, mostly men.

Twenty-four were convicted of joining the ranks of extremists, with sentences ranging between 12 months and four years in prison.