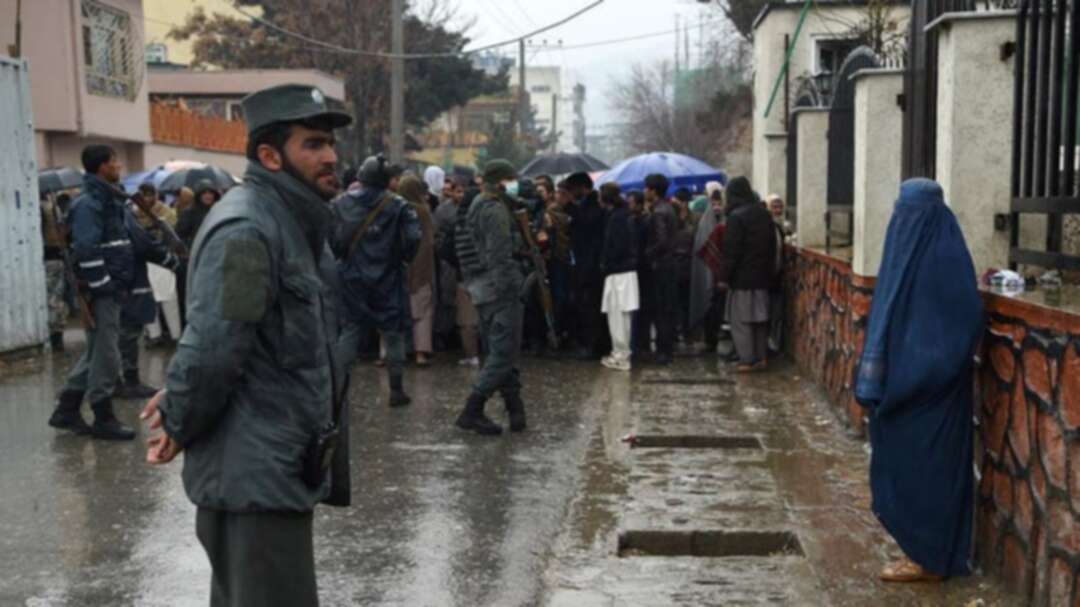 In this photo taken on March 11, 2019 Afghan policemen stand guard as people with visa issues queue up outside the Pakistan embassy in Kabul. (File photo AFP)

Pakistan’s embassy in Kabul said on Sunday it was indefinitely closing its consular office in the Afghan capital due to security reasons, amid mounting tensions between the neighboring countries.

Closure of the visa section will come as a huge blow for many Afghans, hundreds of whom apply daily for permits to travel to Pakistan where they seek medical treatment, goods and university educations.

A message shared on WhatsApp by an embassy spokesman said the consular section would be closed as of Monday “until further intimation.”

The spokesman told AFP that the consular section typically processes about 1,500 visa applications a day.

In Islamabad, Pakistan’s foreign ministry said the Afghan charge d’affaires had been summoned to “convey serious concerns over the safety and security of the diplomatic personnel of the embassy of Pakistan, Kabul, and its sub-missions.”

In a statement, the ministry said embassy staff were being harassed.

“They were obstructed on the road and the embassy vehicles were also hit by motorcycles while going towards the embassy,” the statement read.

Protests outside the Pakistani embassy are common, sometimes triggered by people unhappy about visa wait times or security while standing in long queues.

Relations between Afghanistan and Pakistan, both Islamic republics, have long been fraught, with Afghans blaming Islamabad for any number of woes including allegedly supporting the Taliban.

Tensions have soured further in recent days amid clashes along the border in Afghanistan’s eastern province of Kunar.

Both sides have accused each other’s troops of cross-border shelling.

The Pakistani foreign ministry has said six Pakistani troops were wounded October 27 and 28 in “unprovoked mortar and heavy weapon firing” by Afghan soldiers.

Pakistani consular services remain open in Herat, Jalalabad and Mazar-i-Sharif, according to the embassy spokesman, who recommended that applicants travel to Jalalabad if they needed a visa urgently.