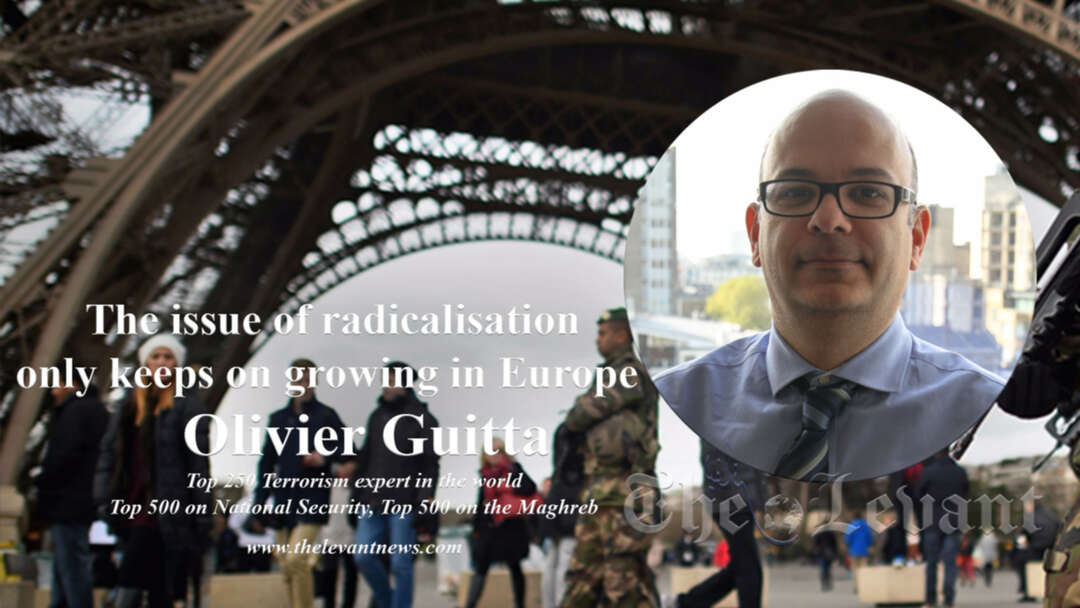 The issue of radicalisation only keeps on growing in Europe

At the source of this radicalisation are very well-unded, extremely well-organised Islamist movements. For example, Salafism has expanded in Europe recently: from Belgium, where the federal state security agency has listed more than 100 Salafist organisations active in the country to France where the number of Salafist mosques has grown from 15 in 1990 to 60 in 2015 to 130 in 2018. Sweden is not spared as well, according to the report "Between Salafism and Salafi Jihadism", the number of Islamist extremists over the past decade there has grown tenfold, from 200 to 2,000. Salafism is one of the main sources of the spreading of violent Islamism in a number of Swedish cities.

The German Office for the Protection of the Constitution recently warned that the largest most influential Islamist organisation in the world, the Muslim Brotherhood, is now a greater danger to Germany than the Islamic State and al-Qaeda. This is meaningful since Europe has very much been the second home of the movement outside of the Middle East since the 1960’s - initially as a base for exiled members of the group, and later as a theatre of operations in its own right. Concerns regarding the organisation’s activities - ranging from its impact on the ability of European Muslims to integrate into wider society to its links with violent extremist movements – have been raised in numerous countries throughout Europe. Publicly, Europe’s Muslim Brotherhood affiliates have sought to define themselves as enemies of extremism. However, key leadership figures have been consistently dogged by allegations of providing ideological and financial support for violent movements outside of Europe. The Muslim Brotherhood’s stance may not actively encourage violence with Europe, but it does divert those it influences away from any path but Islamism. It is therefore inevitable that some who adopt the outlook of the Muslim Brotherhood will subsequently seek to take more direct action.

Despite the warnings and knowledge about the Muslim Brotherhood affiliates in Europe, authorities are still making them their privileged partners. For proof, the British government has held secret talks with the Muslim Council of Britain, a Muslim Brotherhood front, about re-establishing a relationship, nine years after it broke with the group over its alleged links with extremism. Until the West stops naively to work with radical Islamist organisations that they “believe” are moderate, there is no hope of easing tensions. Europe should go by the mantra: “An Islamist is an Islamist is an Islamist.”

Some technology companies are de facto helping the Islamists: the British former top terror officer, Sir Mark Rowley, recently branded Google “a disgrace” over its failure to act on algorithms that rank Islamist radical Anjem Choudary as the number one search result for "British Muslim spokesman".  It is meaningful to note that Google has not acted, six months after he first publicly raised the issue.

Despite all the talk about radicalisation online, time and again extremist imams are behind the radicalisation of many Muslims that can lead some to carry out terror attacks or join Islamic State. The European Union Commission on Terrorism of the Parliament wisely advised to set up a list of all the radical imams to be shared between the European countries. The most receptive nations to clamp down on radical imams have been Italy, France and Austria. Last year, Austria shut down seven mosques and expelled 60 imams in what it described as "just the beginning" of a crackdown on "political Islam" and foreign-funded Islamic communities. The 60 imams affected were all connected to the Turkish Islamic Cultural Association (ATIB). It is worthwhile to note that Turkey under President Erdogan has taken the lead in Europe to push the Muslim Brotherhood’s agenda and radicalise the Muslim population. Turkey has already succeeded  in placing its pawns as the heads of the official Muslim Council in both France and Belgium.

The radicalisation does not just happen in jails or mosques but also at universities. While there was talk that British authorities would clamp down on radical speakers, British universities and student societies organised at least 200 events with extremist speakers last year, up from 107 in 2016-17.

Therefore, one should not be surprised that the active work of Islamist organisations in Europe has resulted in a massive spread of radicalisation, especially towards the continent’s youth. In a 2018 massive Europe-wide study conducted by Kantar for the Partnership against Violent Radicalisation in Cities, where 12,000 young Europeans were surveyed, more than half of them said they have been exposed to radical narratives; 47% of them also consider violent radicalisation to be prevalent in their respective countries and 18% of the French polled know a radicalised individual. While these statistics are very concerning what to say of the results of a study conducted last year by the Criminological Research Institute of Lower Saxony in Germany. The findings are mind-boggling: 30% of high school Muslim students would see themselves risking their lives to fight for Islam; 27% believe that the Shariah is much better than German laws and 19% say they should fight unbelievers and spread Islam.

Morocco considers rightly so that counter radicalisation strategies put in place in Europe are far from sufficient. The main issue remains that radicals have taken over the voice of moderates within Muslim communities. As Halkano Abdi Wario, a lecturer in Religious Studies at Egerton University summed up this during a panel at the recent GLOBSEC conference: “One of the biggest crisis that moderate voices face is legitimacy. Can they give directions that will be listened to by the youth?”.

In the end, the main weapon against radicalisation might be European Muslim women. In fact, a couple of French government studies reveal that Muslim women are integrating much better than Muslim men into French society. They are much better students than their male counterparts, so they have better access to jobs; they have a much higher rate of mixed marriages and adopt Western values. To capitalise on this, European governments should do their utmost to support the moderates to stop the radicalisation high-speed train.