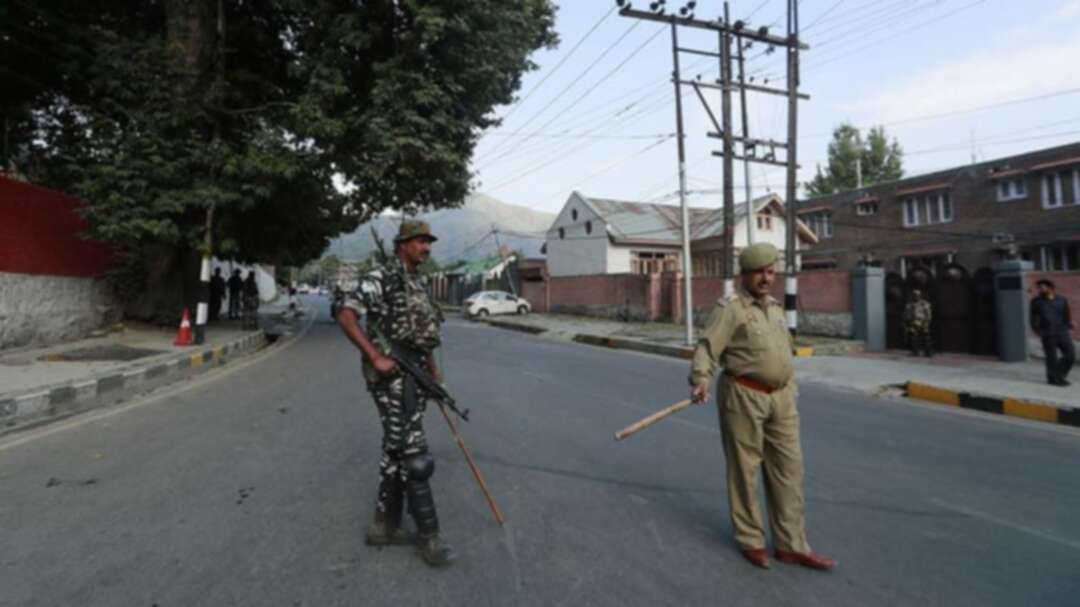 Policemen stand guard outside the residence of former chief minister of the Jammu and Kashmir state Farooq Abdullah in Srinagar. (Reuters)

“We hope to see rapid action -- the lifting of the restrictions and the release of those who have been detained,” Alice Wells, the top State Department official for South Asia, told reporters.

She also said that Trump “is willing to mediate if asked by both parties” – although she noted that India has long rejected any outside role.

“The United States is concerned by widespread detentions, including those of politicians and business leaders, and the restrictions on the residents of Jammu and Kashmir,” she said.

“We look forward to the Indian government’s resumption of political engagement with local leaders and the scheduling of the promised elections at the earliest opportunity,” she said.

Prime Minister Narendra Modi in August revoked the autonomous status of Jammu and Kashmir, which had been India’s only Muslim-majority state, fulfilling a long-held goal of his Hindu nationalist movement.

Indian authorities detained a wide range of political leaders and snapped off cellular and internet service for ordinary people in much of the Himalayan region.

Wells said the United States has raised concerns on Kashmir “at the highest levels,” without saying if Trump brought up Kashmir with Modi.

Trump on Sunday joined Modi in a joint rally of more than 50,000 Indian-Americans in Houston, with the two heaping praise on each other.

Trump also heard concerns on Kashmir from Prime Minister Imran Khan of Pakistan, which controls part of the territory.

N.Korea praises trump, hopes for progress towards summit Syria serves as a "military school" for Russian forces and a "testing ground" to test its weapons