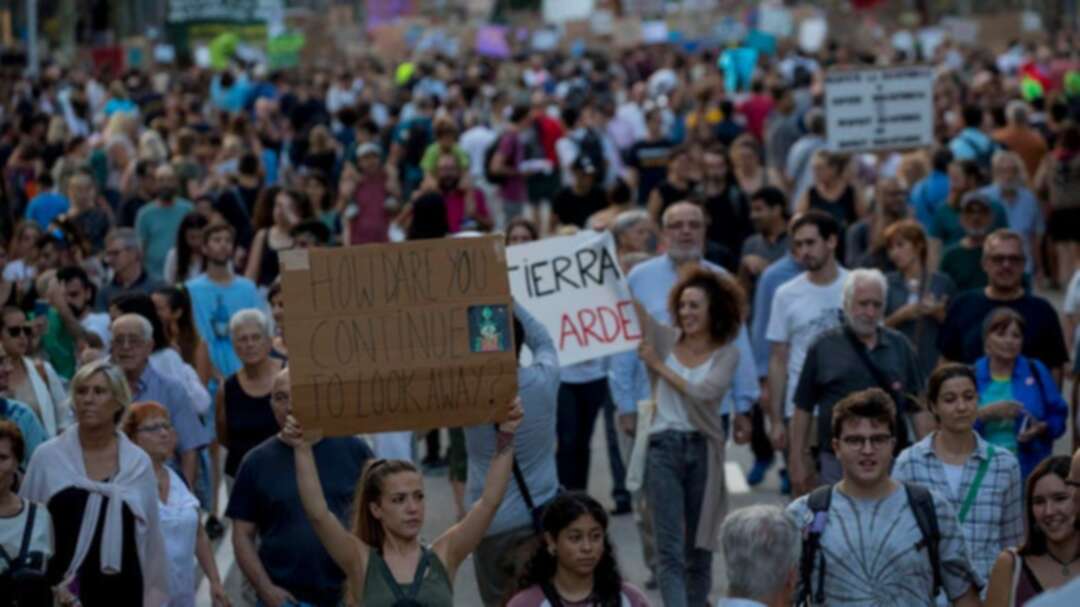 Hundreds of thousands of youths demonstrated across European cities on Friday in the second in a global series of protests to avert a climate catastrophe. (AP)

Hundreds of thousands of youths demonstrated across European cities on Friday in the second in a global series of protests to avert a climate catastrophe.

Waving signs and yelling slogans, schoolchildren and students in Italian cities were among those joining the latest “Friday for Future” rallies.

Organizers said 200,000 people joined a march in Milan while another major rally snaked through the center of Rome. Demos were called in some 180 Italian cities.

“Be part of the solution, not the pollution,” they yelled.

Tens of thousands of people also marched in Vienna and other cities, making it Austria’s biggest climate rally day so far.

In Budapest, thousands of mostly schoolchildren took to the streets, exceeding past participation, with rallies held in several other Hungarian cities.

They answered the call of Swedish teenager Greta Thunberg, the figurehead of the movement against climate change.

She led the first of the major demos last week, when vast crowds filled the streets in cities worldwide.

Scientists warn time is running out for world leaders to curb global warming, blamed for an increase in environmental disasters.

Schools in Italy and some schools in Austria let pupils out to join in the rallies - a trend already reported in several other countries during last week’s rallies.

Friday’s main event was set to unfold in Montreal, Canada, where Thunberg was scheduled to appear later.

“I have goose bumps today. It is really emotional. Greta has called us and we are there,” a 17-year-old demonstrator in Rome who identified himself as Simone told AFP.

“We want to live on this planet the way it is.”